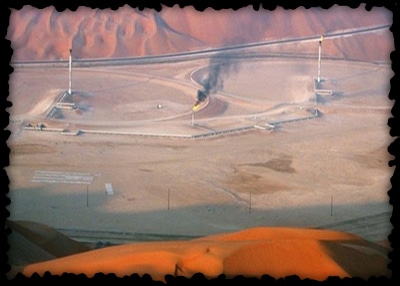 In the middle of the shimmering red desert sands of Shaybah, south of Saudi Arabia, approximately 9 hours travel by land and approximately 800 kilometers north of the Arabian Gulf eastern cities of Dammam/Dhahran/Khobar and is located nearly at the border with Qatar, the Philippine Society of Safety Practitioners-Middle East Region (PSSP-MER) the former Philippine Society of Safety Engineers, Middle East Chapter (PSSE-MEC) was organized by Filipino safety practitioners working for the Saudi Aramco mega-project.

In August 1997, the society came into being as the brainchild of a group of 7 Filipino safety practitioners namely, Rey Barraca, Fred Baylon, Manny Diestro and four others, who have the same objectives of promoting safety, occupational health and environmental protection for Filipino workers and other expatriates working at the construction of a grass root project of Gas and Oil Separation Plants (GOSP’s). With the good leadership of PSSE-MEC (now PSSP-MER) founders and with effective communication emphasizing the importance of safety through regular meetings, the members of the society grew-up to more than 20 safety officers/supervisors from different companies. It nearly reached 40-members during the peak period of the GOSPs construction with more than 10,000 expatriate workers.

In 1999 the activity started to slow down when the major project activities were completed. The safety officers/supervisors who were transferred to other areas had difficulty attending the regular meeting of PSSP-MER at Shaybah due to the great geographical distances between the projects even if they are still within the Eastern Province. The attendance to the meetings was affected until such time that they could no longer muster a quorum. At the last quarter of 1999, the PSSE-MEC ceased to function as an organization.

On the first quarter of Year 2000, one of the founders, Rey Barraca, teamed-up with Peter Marfa during the Construction of Hawiyah Gas Plant (HGP) in the remote desert area of Hawiyah, Eastern Province, Kingdom of Saudi Arabia. Hawiyah is located 230 kilometers southwest of Dammam.  There were approximately 15,000 workers of different nationalities working at this project. During that time, Mr. Barraca introduced PSSP-MER (then PSSE-MEC) to Mr. Marfa and suggested to help him revive again the society. Having the same safety advocacy, they started the information campaign of the revival of the safety society. The campaign was well-received by safety officers/supervisors of the various companies involved in the Hawiyah Gas Plants project.

Before the end of the first quarter of Y2000, the constitution and by-laws of the society has been updated and the society was ready to conduct elections for the new set of officers. On the 2nd quarter of Y2000, the election of officers was conducted. The new set of elected officers are Mr. Peter P. Marfa, President; Mr. Zaldy Alino, VP Internal; Mr. Kelly Hernandez, VP External; Mr. Rey Barraca, Sec. Gen.; Michael Bagaygay, Treasurer; Amboy Pelobello, Auditor; and Aldrin Ayo, Press relation Officer. The officers unanimously agreed to expand the membership to Al-Khobar with the assistance of new members, Engr. Fernando Crisosto, Engr. Fernando Bibat, Alvin Escalante and Orly Pernites. It was a great opportunity to fully realise the main objective of the society of providing a forum for all Filipino safety practitioners who has the same safety advocacy. The collective efforts of all the officers under the leadership of Mr. Peter Marfa, in bringing the seat of the society to Al-Khobar were successfully achieved thus enabling the majority of members to attend the regular meetings.

In 2002, a new set of officers was elected with Mr. Ed Balayo as President; Engr. Fernando Bibat, VP Internal; Engr. Fernando Crisosto, VP External; and others. But unfortunately Mr. Balayo moved his work location to Qatar on the first quarter of 2003 before the end of his term as President.  At that time also the VP of Internal Affairs was also transferred to Bahrain. The remaining officers agreed then to appoint Engr. F. Crisosto to lead the society as the President.

Since then, the Philippine Society of Safety Practitioners (PSSP-MER) as it is now called, has grown in leaps and bounds from less than 40 members in 1999, to 121 in 2003, to 272 in 2005. At present, Y2009 the PSSP-MER officers and directors based here in Al Khobar, KSA are proud to have more than 1,800 members and some of them are working successfully as safety practitioners in different parts of the world.

Sign up and discover a great amount of learnings from the pros!

Send Us A Message